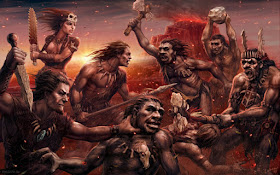 Prehistoric Battlefield Found in Indian Territory.
Thousands of Skulls Dug Up With Arrow Points in Them-An Important Archaeological Discovery.
Wichita, Kas. Nov. 29-The greatest prehistoric battle and burying ground yet discovered in the United States has just been found near the little town of Redlands. I. T. It lies on the northern border of the Choctaw Indian reservation and near the Arkansas River.
Prof. Edwin Walters, the archaeologist who discovered it, states that from extensive excavations he has made he believes that nearly 100,000 warriors met death at that point and that the battle occurred 20,000 years ago. He goes a step further and declares the battle was fought between the mound builders and the Maya-Toltec race, the latter coming from Yucatan and striving to wrest the Mississippi valley from the mound builders.
The battleground is thirty acres in area and by a series of excavations Professor Walters has satisfied himself that there are nearly 3,000 skeletons to every square acre. His estimate as to the remoteness of the prehistoric conflict is formed by a study of the geological structure of the formation in which the skeletons are found. The bones are buried near the top of deep strata of sand and covered first with a sort of adobe, a formation of the quaternary period, then with alluvial topsoil.
They have been dug out by the carload and almost every skull has from one to five arrow points sticking into it. Sharp arrow points and javelins are also found embedded in other bones of the body and the great number of these instruments of warfare that have been unearthed leave no doubt in the mind of Professor Walters that he has found what was once a field of awful carnage.
The skulls have narrow, retreating foreheads and projecting chins and the skeletons vary greatly in length, some seeming to be those of dwarfs and others of a giant race. The bodies are buried in a circle, feet toward the center and most of them in a sitting posture. At the side of each is found a clay vessel that was evidently filled with food to stay the soul of the departed warrior on his way to the spirit land.
Professor Walters has for many years been studying the mounds and battle grounds of prehistoric races found in the Mississippi valley and declares that the mound builders established a line of defense from Omaha, Neb., south of the gulf of Mexico in their efforts to repel the invasion into their territory of the warlike race of Toltec-Maya. 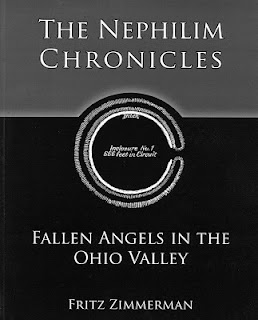